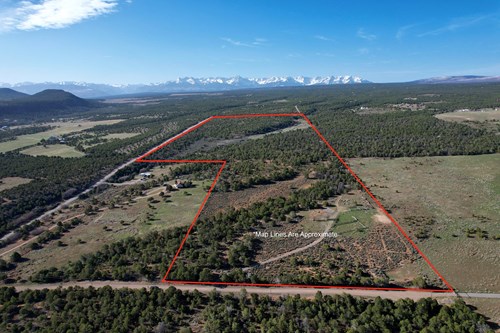 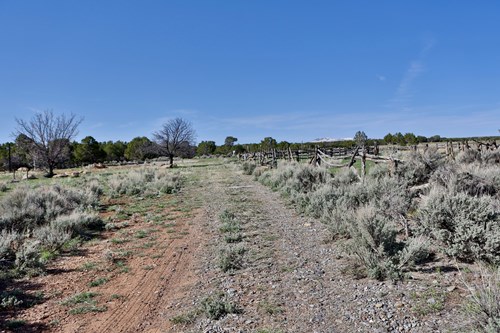 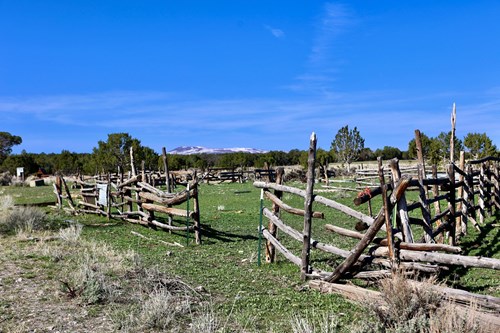 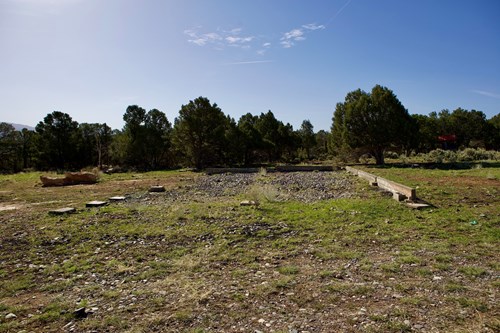 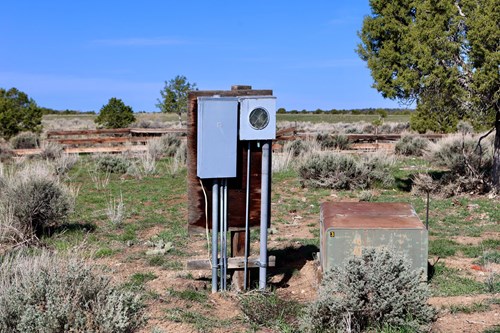 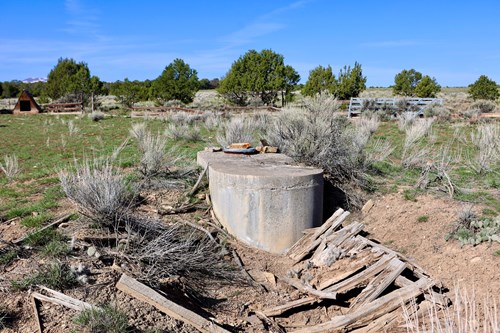 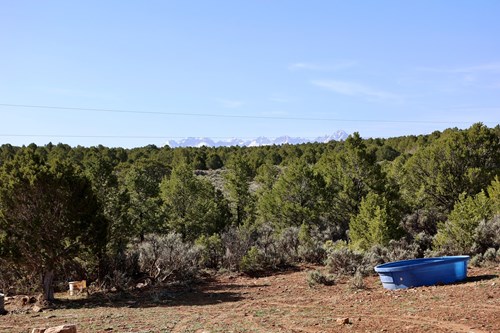 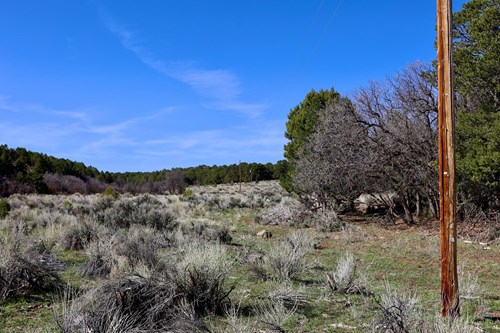 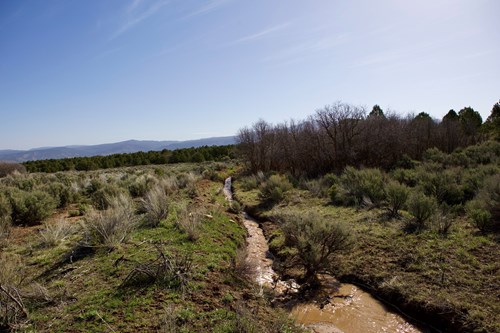 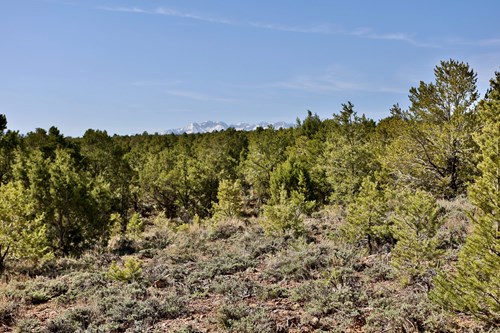 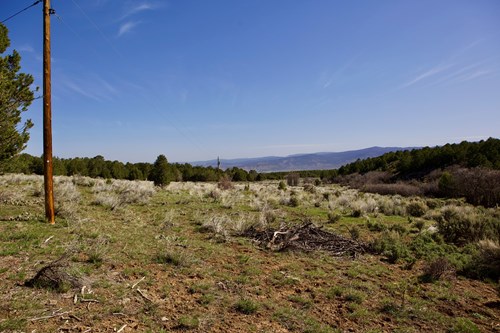 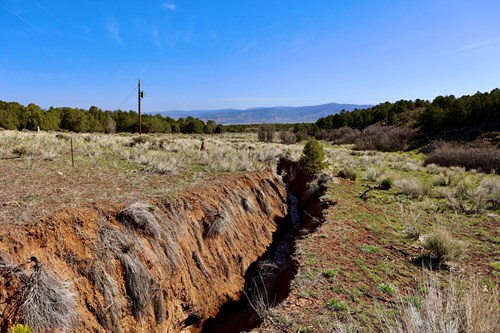 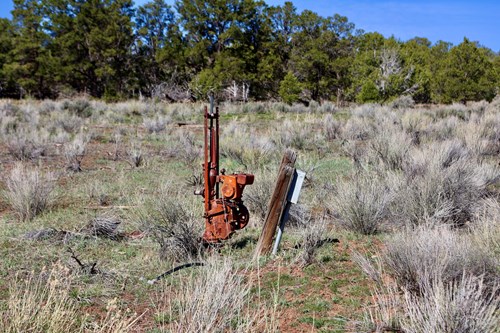 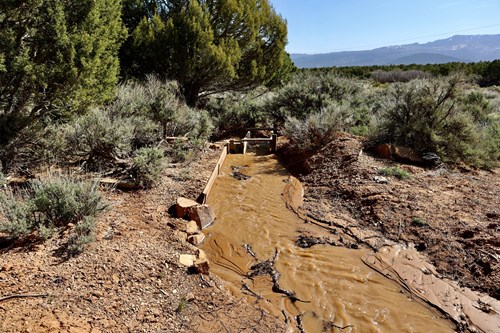 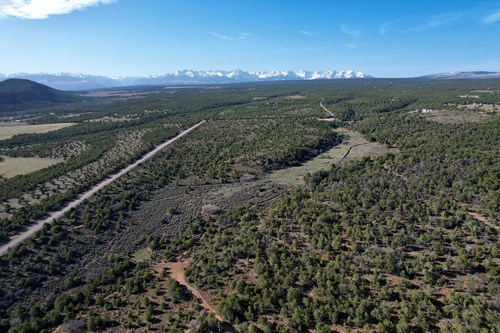 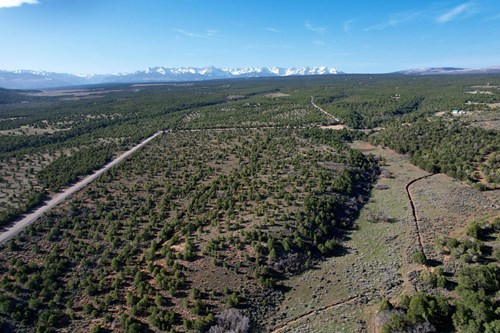 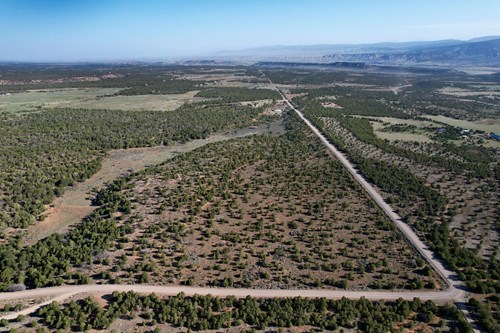 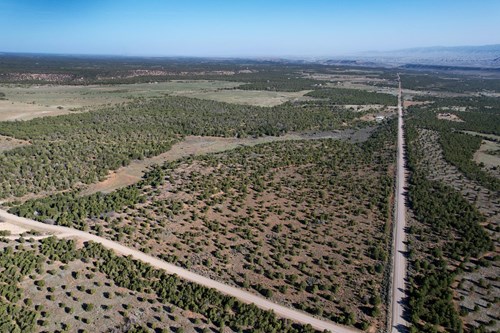 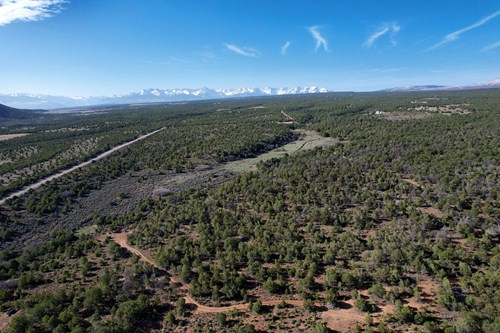 Hunting Land and Properties for Sale near Montrose, Colorado 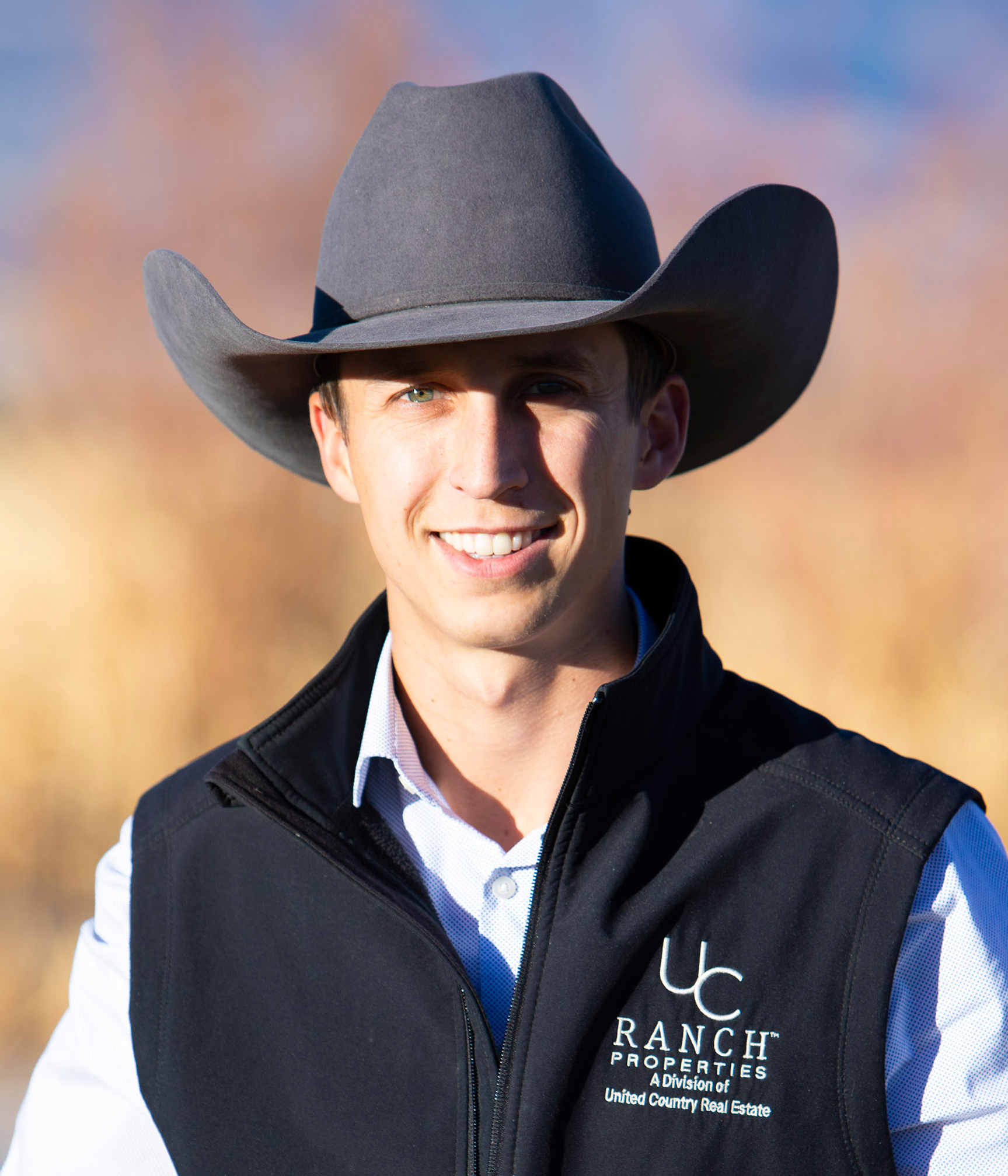 Larger acreages are becoming more and more scarce, and this one is in a desirable mountain neighborhood southwest of Montrose, one of the fastest-growing towns in Colorado. This parcel is 100 acres of mostly forested land with a couple of open meadows and a small draw that is a favorite corridor for wildlife to travel through the property. Situated on the north end of Ouray County, the property has a mixture of pinyon-juniper forest, oak brush, and sagebrush meadows. The property is accessed by traveling US 550 south from Montrose about 9 miles toward Ridgway, then heading southwest about 4 miles on County Road 1 towards Horsefly Mesa. Travel time to Montrose is about 20 minutes, with the last three miles by well-maintained gravel roads.

It’s rare for a parcel this size to have such an abundance of domestic water resources. The property was the site of a nice home, which unfortunately burned a few years ago. The homesite still remains, with its domestic well, septic system, power service, and driveway ready for a new residence to be built. Additionally, there are two more permitted wells that have been drilled on the property, as well as a Tri-County Water Company domestic water tap. The property could be divided into two distinct parcels with very little county review.

Lots of wildlife on this Colorado mountain property—deer, elk, wild turkey in GMU 62

This property is on the lower reaches of the Uncompahgre Plateau, which is known as one of the most game-rich environments in Western Colorado in Game Management Unit 62. A small draw leads through the property from north to south, a wildlife corridor that is used by mule deer, elk, and wild turkey. There are vast tracts of public BLM lands to the east and west of the property, only ¾ of a mile distant. Hunting in the area is known to be excellent, and game can be harvested on the property.

Montrose has a good regional airport with connecting flights to major airports such as Denver, Dallas, Phoenix, and Salt Lake City. The local hospital is well known as a good health care provider, and the Montrose VA clinic has a good reputation. Montrose has big box stores such as Home Depot and Super WalMart. There are several large car dealerships and farm equipment dealers, and a community college.

What’s your recreation pleasure, because it’s all around Montrose and Ridgway. The mountains and thousands of acres of National Forest and BLM lands are very close by. Hiking, horseback riding, 4-wheeling, big game hunting, rafting, fly-fishing, snowmobiling, skiing—it’s all very close. By and large, mountain trails are uncrowded and there are many unique opportunities to explore the nearby backcountry. This property is less than an hour from Telluride, with its high mountain peaks, world-class skiing, and world-renowned 4-wheeling trails such as Cinnamon Pass and Black Bear Pass.